The rebirth of the Selyemrét Pools and Thermal Bath by the summer of 2013 gives us good reason to say: As a result of this new development the city’s first open-air pool and bath have regained their original lustre, since this open-air pool used to bring state-of-the-art facilities to the public of the city of Miskolc in 1927, when it was originally opened.

It was in the first part of the 1920s that the city authorities decided to establish a city open air bath in addition to the already almost a hundred-year-old Tapolcafürdő (Tapolca Baths) operating as part of the independent neighbouring settlement, Görömböly and the city public bath built between 1892 and 1893 called Erzsébetfürdő to make Miskolc renowned as a city of baths. 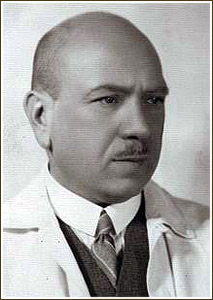 The concept underlying the decision was to use waste heat from the power plant generating continuous current for the electric tramways, commonly referred to as’villanytelep’ could be used to warm water for the swimming pool. This is the origin of the traditional name, ’villanytelepi strand’ (power plant open-air bath) well known to locals and still commonly used. The architect Alfréd Hajós was commissioned to prepare plans for the new establishment, who won the first Olympic gold medals for Hungary in swimming at the Athens games in 1896, and not long before this commission, received 2nd prize in the Art competitions held as part of the 1924 Summer Olympics in Paris for the plan of a sports stadium (prepared in cooperation with Dezső Lauber), where the 1st prize was not awarded. Alfréd Hajós’ best known work is the sports swimming pool in Margit-sziget in Budapest, and the Debrecen Aranybika Hotel is also well known to have been designed by him but it is less known that he also made the plans for several buildings in Miskolc. These include Hitelintézeti Palota (1913) in the main street, the Lichtenstein-palota (1912) at 5 Hunyadi street opposite the Music Palace, the Weidlich-palota (1912) also in the main street, Népkerti Vigadó (with the modification of the original building planned by Károly Ádler in 1927 and the connected, now non-existent sports complex and, of course, the main building of the ’villanytelepi strand’.

An imposing building, with excellent services.

The main building of the bath (called imposingly beautiful in reports of the time) was furnished with all comfort. The changing rooms and service rooms for women and men (with a total of 220 cabins and 360 dressing cabinets) were in two separate parts of the building that were connected with a large restaurant hall on the first floor. At the changing rooms exits towards the swimming pool there were small bathrooms on both sides, these provided the only way to the open air swimming pool.  On the opposite side of the swimming pool there was a large area spread with fine sea sand for sunbathing. 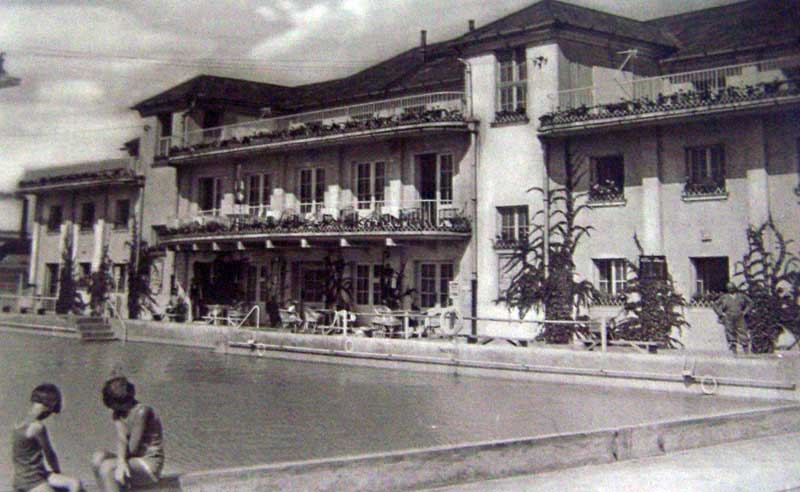 The original pool had the same dimensions as the one today, 50 metres by 20 metres, absolutely suitable to hold international competitions as well as for the purpose set down in the founding regulations, to support the youth’s education and love for the sport of swimming. This was also well exemplified by the opening ceremony; on June 29th, 1927 the swimming pool was taken over by a great international competition: the best swimmers from Eger and Magdeburg matched their skills at the Selyemrét pool.
The 'villanytelepi’ soon became popular with town dwellers and the single pool facility proved small to satisfy the needs of the city. But instead of the extension the city had to do without the open-air pool for a while: the power plant was closed down and there was no other option to heat the water so the pool was closed.

The 1950s brought a new turn in the history of the swimming pool: geological drilling was conducted in search of oil and gas in the area and a 45-degree thermal water was found. This find not only solved the problem of warming water for the swimming pool but provided an opportunity for the construction of a new pool that included the renowned massaging water jets in the mid-1950s as well. The ’villanytelep swimming pool’ could be used again by Miskolc citizens who were not much affected by the fact that the name of the open-air bath was changed to August 20th Bath in the official documents. (It will get its present name after the political changes in the 1990s and it is since then that it is referred to as Selyemréti Strandfürdő). There has been lesser and bigger developments in the sixties and in the eighties, but the fate of the bath was decided definitively by a legal regulation from 1996 prescribing that a water recycling equipment should be operated in every public bath and pool, which would have been too expensive for the old, ’sponge finger shaped’ pool, which had to be closed on December 31st, 2008. This was the final key that gave signal to the large-scale development of the bath. This development was finally concluded in the summer of 2013, when the extension of the Selyemrét Open-air Swimming Pool and Thermal Bath was finished and finally gave the city of Miskolc a high-quality public bath again.

We inform our guests to use the swimming pool swimming cap is required. 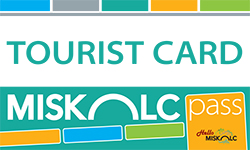